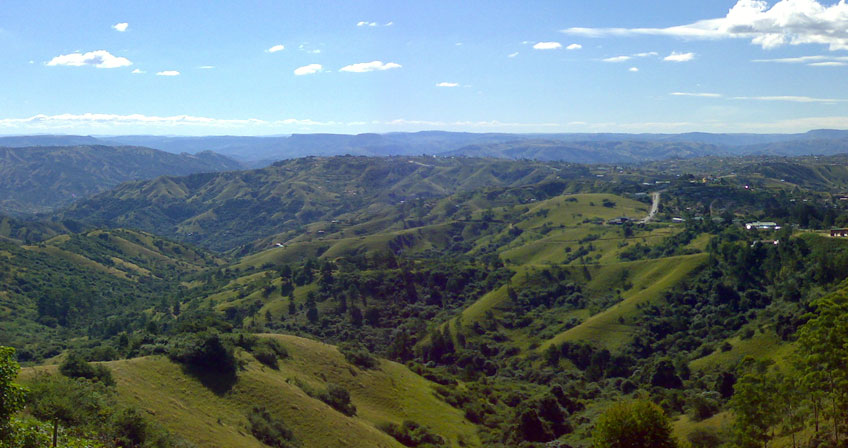 “What else do you have under your sleeve?” was my question to the man sitting at the corner, and the lady started laughing. She was laughing her heart out and I got puzzled. Did I say something I shouldn’t have?

The environment around that twenty metre square area was a tad too hot with raw wood being stoked into the fire in the rustic fireplace, by whoever wanted to, whenever desired.

This was not the first time I was visiting this place.

This was one of my most favourite pubs high up in the Valley of Thousand Hills where the stars, as darkness chases twilight to engulf the horizon, start playing hide and seek through different shades of grey clouds and a bone-chilling cold breeze makes the body curl up almost involuntarily. I have been here many times – almost whenever there’s someone from outside visiting me.

She continued to laugh and at one point took my hand and started patting on my forearm for a few seconds. I returned her laugh hesitatingly, trying to show that I was engaging with her laughter. But I really couldn’t understand what made her start laughing in the first place. Worse still, she had been laughing for such a long spell just on that one sentence of mine . . . Perplexing!

My friends by then were attracted to this scene of a white lady laughing and joking with me. I could read on the eyes of my friends a sense of amazement.

Looking at three other Indian men throwing their glances at her with sheepish smiles on their faces, she stopped for a second and then resumed her laughter at a lower scale. Then stopped almost immediately and advanced her left hand towards her glass.

I dismissed the question in my compatriot companions’ eyes with “One of those . . . drunk” and asked them what drinks they would prefer. A vodka, a whiskey and a light beer – three of them murmured thoughtfully.

The man to whom I’d posed my question was sitting on the bar stool at the extreme corner and used the next stool to stretch his thin legs, with his feet covered by disproportionately big shoes with the laces hanging off the sides of the cushions that were almost shapeless due, definitely, to the uneven pressures put by various bums almost for eternity.

The man wore a pair of shorts that were quite short for the wintry cold outside. And that was what had caught my eyes first. His was a lean figure sitting at the corner stool with his back pressing against the wall – the cosy corner most drinkers in the pub would love to get. I spoke with him almost as soon as we’d entered the pub. Actually, he was the one who grabbed my attention with his greetings – “Namaste”!

A white man in his shorts and a heavy jacket, greeting me in my national language as I entered the pub  . . . I had to offer him a drink. He said – Black Label!

That’s a beer – a South African beer and not the whiskey the rest of the world knows of. He asked the lady on the other side of the bar to give him a large bottle and then looking at me a bit meekly, nodded with a gesture indicating that he hoped I wouldn’t mind paying for a large bottle. Fleeting thoughts passed over my mind trying to evaluate the man. He was very extrovert in his approach, sociable, humble and speaks loudly, unprompted – were my thoughts.

I was so very surprised to hear the magic greeting from a white man sitting in a pub situated at the ridge of what was the beautiful Valley of Thousand Hills off Durban in South Africa, that I could not return the greetings immediately. Instead, I looked at the man, had a twitch in my eyes and tried to be sure if I had heard the ”Namaste” right.

At my awkward disposition, he played smart. He stood up, and in a military fashion, advanced two brisk steps towards me, bowed down his head and said – ”Yes, you heard that right.”

He then folded his hands; touched his two palms slightly above his stomach level and reiterated – “Namaste”! I had to say ‘“Namaste” with a huge smile of sincere acknowledgement. He said – “I want to respond to your next obvious question before you ask it: no, I have never been to India”.

He said – “I like Saaruk Kan[1]. Your Bollywood is amazing.” There it comes – I thought. Bollywood has really become international. The man started dropping names of quite a few Bollywood movies though I had to listen intently to his pronunciation to make out which movies he was referring to.

The atmosphere became immediately comfortable and enjoyable. There were four or five other people in the pub including the lady and her companion. But our man was not to stop. He was getting increasingly excited to prove that he loved India and everything Indian. It was sheer pity that he had not yet visited India.

The bartender lady statued herself behind the bar counter and fixed her glance at the man, listening intently. Other customers in the pub, though only a few at those early hours of the evening, kept their ears glued to him as well. I was rather happy with amazement.

The man, at this point, reached the climax of his drama: he rolled up the left sleeve of his jacket. Not an easy task because his jacket was really heavy.

There was a tattoo on the inner side of his left forearm.

I noticed a drawing of feeble straight lines of various sizes and smooth angular formation of different degrees. He asked me to get closer and I was stunned at what I saw.

“Shiva” – he first dropped his voice like a whisper and then lunged the word again straight out through his rib cage.

Yes indeed, it was Shiva; a tattoo of Shiva on his forearm.

He was swaying his body in some unknown rhythm and kept on speaking about Shiva. “He is the coolest of characters; I just love him.”

I used my eyes for the obvious question and he said – “He eats, he sleeps, he meditates, he pleases himself and gets pleased by others; he holds the position of one of the three most significant gods, yet he is so down-to-earth; I just love Shiva; I love Shiva.”

People were astonished at the conviction with which he was describing a Hindu God, though he announced that he was not a Hindu. Everyone came toward him to have a look at the tattoo and went back expressing bewilderment and fun.

At this moment, the lady drinking that white liquid, screamed at others to hush up.

Then she came down on the floor from her bar stool and, as if she was giving her speech at a political rally, exclaimed why Shiva was not a female god. Neither the four of us – the Indians, nor any of the other bystanders had any clue why must Shiva have to be a female god.

Her eyes – already enlarged with the rich dividend of her eyeliners, popped up in circular motions, and she announced that one of the most important female gods in India was the one with a huge belly and an elephant’s head.

My friends were about to fall off from their chairs.

The man with Shiva in his hand protested. He said – “Wrong, very wrong, completely wrong. It is Gyan-e-sha[2]. ”

But the lady would not listen. There was some chaos of sorts and the bartender, who must have been the manager of the pub as well, sent me her enquiring glances.

I did not know how to mediate between two white people from South Africa who locked their horns with their nuanced views of arguably one of the most primitive discussion points – male and female, and that too, with reference to gods of a religion neither of them belonged to by birth or choice.

I thought that the man must know one or two more points that would interest others and divert the issue at hand. And, that’s when I asked him – “What else do you have under your sleeve?”

I did not know that my question would not only divert the issue, but bring in a heavy dose of cheer to the lady to make her start laughing uncontrollably.

The cloud was giving in to the bright rays of the moon and the cold atmosphere was solidified with the chill factor in the wind. Before switching on the engine of my car, I looked at the horizon where a shadowy visual of presumably a thousand hills mesmerised the mind and I forgot to consider how Lord Shiva could be enchained just as an image on someone’s hand. Was that why the lady was laughing, I wondered.

[1] A distorted pronunciation of Shah Rukh Khan, a superstar of Hindi films.

[2] A mispronunciation of the Hindu God Ganesha

This site uses Akismet to reduce spam. Learn how your comment data is processed. 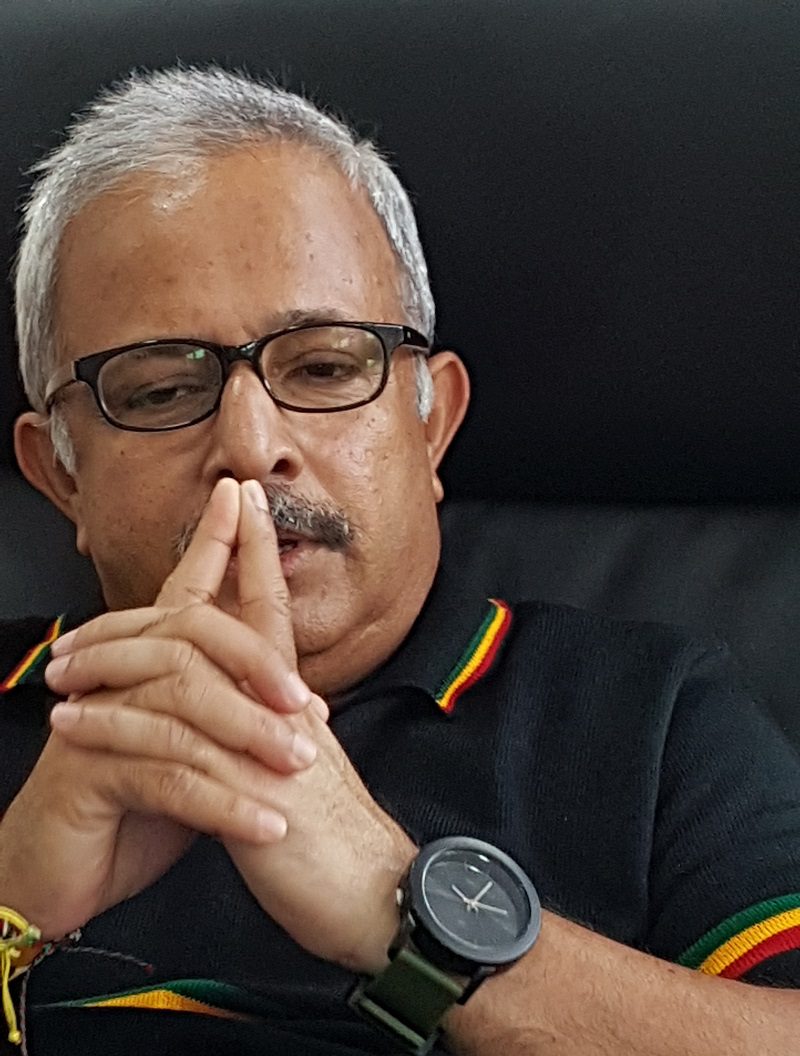